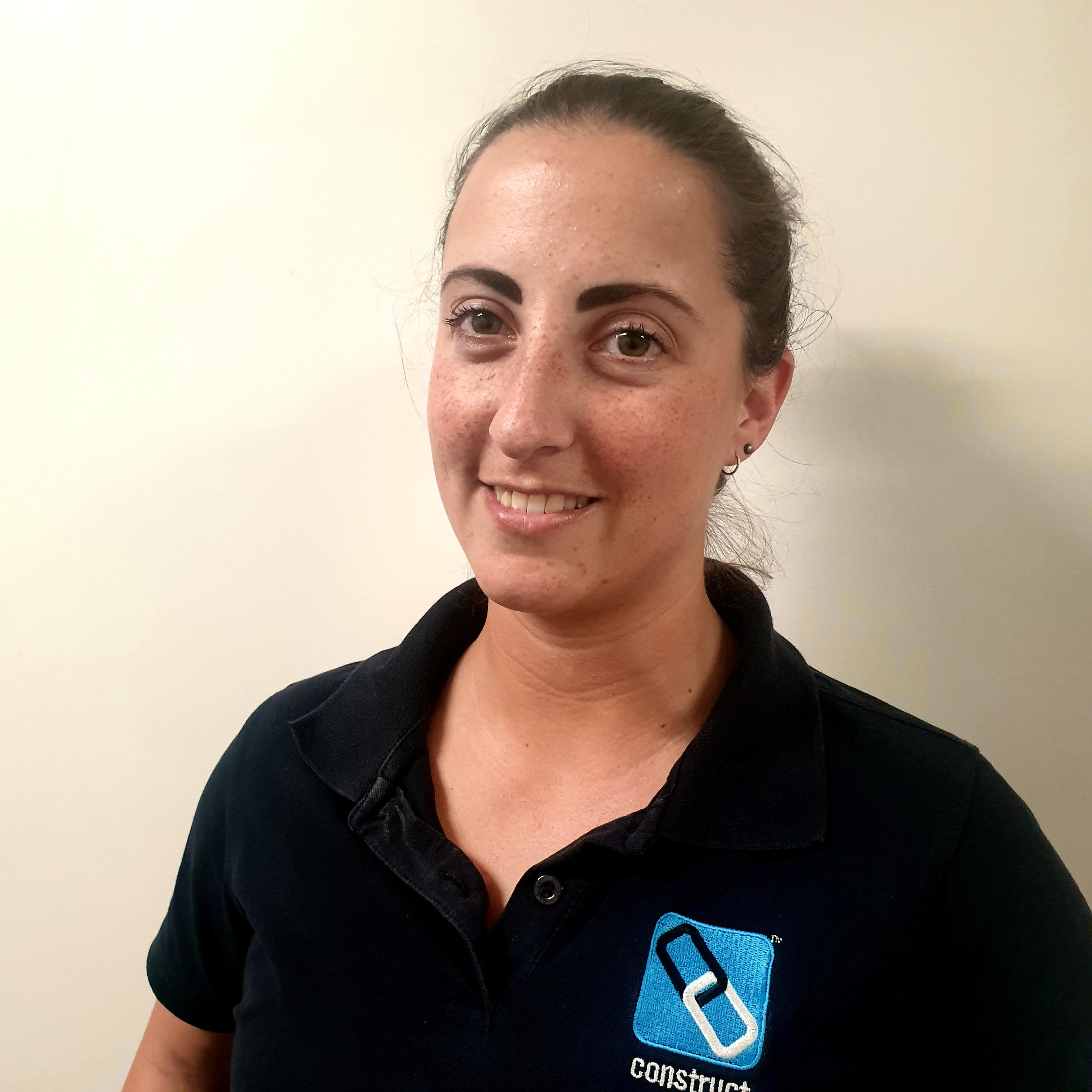 Rachel completed her Masters of Physiotherapy at Griffith University in 2013 after first completing her Bachelor of Applied Science (Exercise and Sport) at Sydney University.

Since graduating Rachel has worked exclusively in private practice giving her extensive knowledge in treating a variety of musculoskeletal and sports injuries. She also has a keen interest in treating neck pain, headaches and vestibular conditions.

Rachel has a range of experience working with different athletes from your weekend warrior to the state, national and international level. Working with a large variety of sports including netball, AFL, rugby and Gridiron has given her an understanding of the different needs of a variety of sports and what’s needed to ensure you’re performing at your best.

Outside of the clinic you’ll find Rachel enjoying all the perks of the coastal lifestyle. 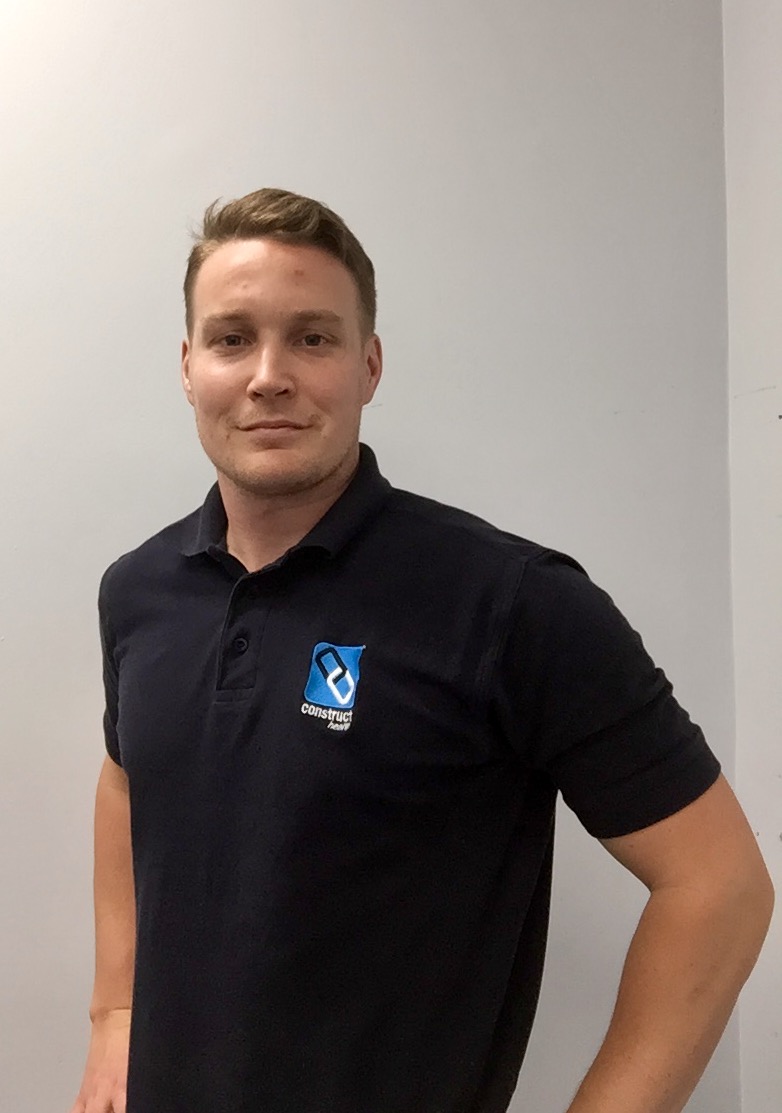 Zak’s experience also extends to using advanced software and video analysis to assess gait and movement patterns to identify areas of weakness or imbalance that contribute to injury or limit patients from achieving full pain-free movement.

A keen athlete, when not helping his patients to get better Zak can be found on the rugby or touch-footy field mixing it with the best. 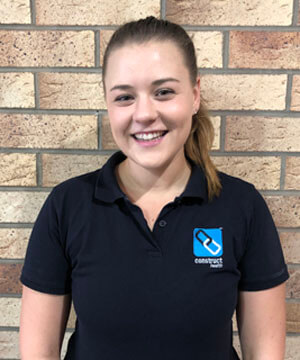 Julia has returned to her hometown of Emerald, to pursue her passion for rural healthcare. Having grown up in Central Queensland, Julia understands the need for accessible health services in remote and regional areas. To compliment her musculoskeletal and rehabilitation skills, Julia has developed a special interest in the area of Women’s Health, having spent some time at the Mater Mothers Hospital in Brisbane. She also enjoys aquatic physiotherapy, as it offers her clients an alternative to traditional treatment and exercise methods. 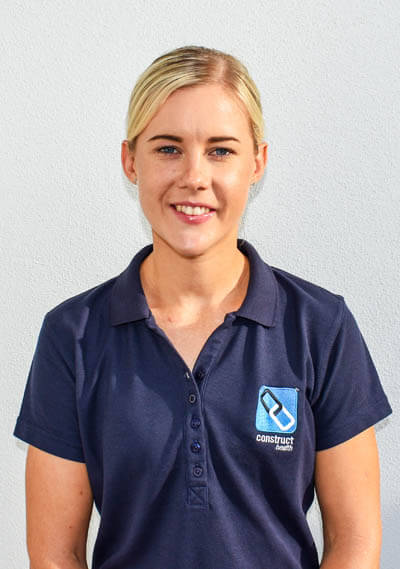 Tiffany graduated at from ACU in Brisbane in 2014 and has been working in private practice ever since. She has gained extensive experience in treating musculoskeletal injuries both in a sporting and everyday context, including women’s health, gymnastics, dance and workplace related injuries, as well as aged care. Her consistent goal as a physiotherapist is to encourage everyone to be the best version of themselves through living an active lifestyle. She achieves this consistently by using active treatment strategies combined with appropriate manual therapy techniques.

Outside of work, you will find Tiffany fishing/ camping, playing touch football and exploring the beautiful Mackay region. In addition she recently returned to her beloved childhood sport- gymnastics 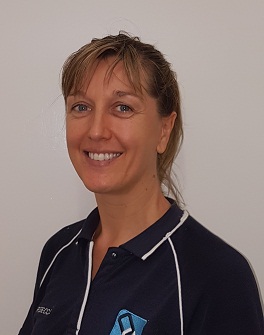 Rebecca has worked in this profession for 20 years and has past experience of working in hospitals, clinics, sport clubs and the Army. Rebecca has even worked in schools.

The majority of Rebecca’s professional development has been on spinal pain neck, thoracic and lumbar. Rebecca also continues her Professional Development by completing courses on dry needling and acupuncture points.

Working in women’s health as a physiotherapist and since having children of her own Rebecca feels empathy to mothers and is able to give more practical post natal advice.

When Rebecca is not in the Clinic she works as a gymnastic coach and has an interest in injuries and musculoskeletal pain of a growing body. 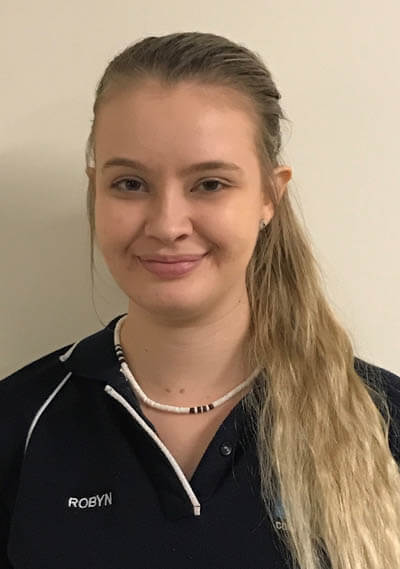 Robyn joined the Mackay clinic in 2016 after graduating from James Cook University in Townsville. She has made the move from Townsville to join the Construct Health team. Robyn has an interest in orthopaedic surgery rehabilitation and paediatric physiotherapy having spent some time with the Disability Services Queensland team in the past. Robyn also finds treating sports injuries rewarding when her patients can make it back on the field or in the ring.

When she’s not at the clinic Robyn splits her time between her foster kittens, and finding her next weekend holiday spot in Mackay. 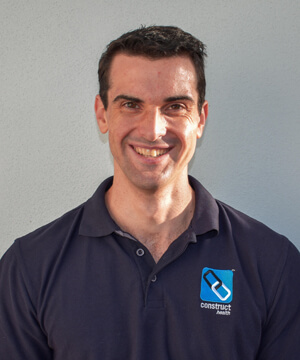 Nick started out completing a Bachelor of Clinical Exercise Physiology from the University of Queensland in 2014 before completing his Masters of Physiotherapy from the University of Sydney in 2017. Since graduating Nick has been working in private practice in Mackay and gained valuable experience treating a variety of musculoskeletal conditions. Nick has particular interests in treating running related injuries and acute sporting injuries to the lower limb, as well as shoulder injuries. He enjoys progressing patients to advanced stages of strength and conditioning and ultimately getting them back onto the sporting field. Nick is a keen runner himself and started competed in track and field and cross-country events during high school and university ranging from 800m to 5km. Since moving to Mackay Nick has been involved with the local running community and after work you can often find him running with the Mackay Road Runners as well as running the local park run most Saturday mornings. 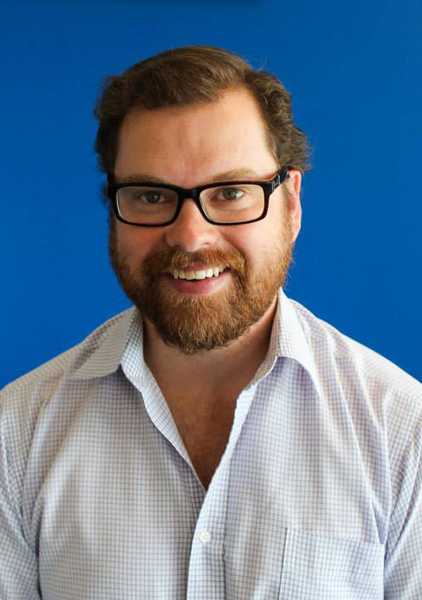 Tim Dunstone gained his initial physiotherapy qualification in Adelaide from the renowned School of Physiotherapy at the University of South Australia. He worked in Adelaide in both private practice and onsite in the industrial setting (in the automotive industry) for a few years. Tim served the profession’s peak association, the Australian Physiotherapy Association, on the SA Branch Council for four years.

He has been the physiotherapist for elite soccer, cricket and rowing teams, and has more than fifteen years of private practice clinical experience. Tim is one of only 201 physiotherapists in Australia, who are dual titled members of the APA, as both an APA Sports and Exercise Physiotherapist and an APA Musculoskeletal Physiotherapist. In 2020 Tim was made a Member of the Australian College of Physiotherapists. He is also a Justice of the Peace (Qualified) for the State of Queensland. Tim is married with two young daughters. 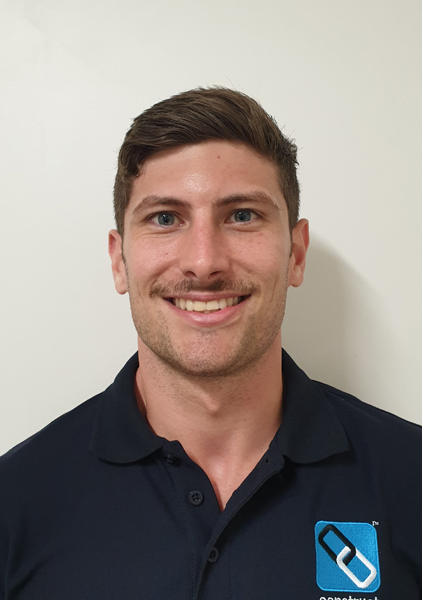 Dominic completed his studies at Griffith University with both a Bachelor of Exercise Science and Masters in Physiotherapy. Originally from Gladstone, Dominic has gained valuable experience in the mining and private practice sectors, with a strong passion for musculoskeletal injury management and prevention.

Dominic is passionate about using his exercise science and strength and conditioning background to ensure his patients progress from acute injury management to complete end stage rehabilitation and getting back to pre-injury work and sport levels.

Outside of the clinic, Dominic enjoys working with sporting teams ranging from school sport to the state-wide Rugby League Queensland Cup. Additional to this, Dominic likes to stay active by trail running, surfing and hiking.